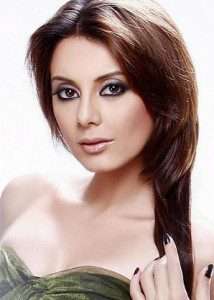 *    Lamba has majored in English literature.

*    Since from her childhood days she wanted to be a journalist.

*    During her college days itself she worked for commercials like Cadbury, LG, Sony, Hajmola, Sunsilk, Airtel etc.

*    She made her Bollywood debut with Yahaan in 2005 alongside Jimmy Shergill and Yashpal Sharma,

*    Lamba did a music video for Aap Kaa Surroor album with Himesh Reshammiya which was huge commercial hit in 2006.

“I am a very shy person, I don’t open up easily in front of new people, and if someone in front of me is shy as well then there is not much of conversation that would end up.”

“All these linkups are the side effects of being single. It is natural for people to link me with every man they spot me with in public. They assume that when you are with someone, you are dating him. But the truth is that I am very much single. I don’t want a prince charming for myself and I would not settle for anyone just like that. I want someone who sweeps me off my feet when I meet him.”

“I believe the guy needs to do the chasing, make the moves, set things up, etc. In that way I am conservative and a traditionalist. I would like a guy to do things to surprise me, whisk me away. He has to be inventive. The usual candlelight dinner on the beach is a bit too staid for me.”

“In fact I wanted to be a war journalist. I wanted to go off to places like Bosnia and Chechnya and Israel. Acting is something that was not planned. It really happened like an accident. But my parents are more than happy that film happened so I wouldn’t go to some corner and be bombed out.”