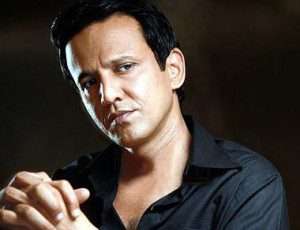 *    When he was young his parents moved to Mumbai.

*    He is also called as ‘Kichu’ among his close friends.

*    Kay Kay Menon has a Bachelors degree in Physics and masters in Management Science.

*    During his college days he used to sing in college functions and he was popularly known as singer of ghazals.

*    He started his career working for advertisements like Marlboro cigarette, Kinetic Honda etc.

*    He is married to Nivedita Bhattacharya whom he met during his theatre career.

*    He worked for TV serials before making film debut in 1995 with Naseem alongside Kaifi Azmi and Mayuri Kango.

*    During Menon’s lengthy career he worked for commercial hits like Black Friday in 2004 alongside Aditya Srivastava and Pavan Malhotra, Sarkar in 2005 alongside Abhishek Bachchan and Amitabh Bachchan, Corporate in 2006 opposite Bipasha Basu and Minissha Lamba, Honeymoon Travels Pvt. Ltd. in 2007 alongside Abhay Deol and Boman Irani, Life in a… Metro in 2007 alongside Nafisa Ali, Dharmendra and Shilpa Shetty, Sarkar Raj in 2008 opposite Abhishek Bachchan and Amitabh Bachchan, Mumbai Meri Jaan in 2008 with Soha Ali Khan and R. Madhavan, Shaurya in 2008 with Minissha Lamba and Rahul Bose, Lafangey Parindey in 2010 with Deepika Padukone and Neil Nitin Mukesh, Bheja Fry 2 in 2011 alongside Minisha Lamba and Vinay Pathak, Chaalis Chauraasi in 2012 with Atul Kulkarni and Naseeruddin Shah, ABCD: Any Body Can Dance in 2013 opposite Ganesh Acharya and Prabhu Deva, Udhayam NH4 in 2013 with Siddharth and Ashrita Shetty.

“You cannot be a cricketer and hit a football with a cricket bat. Similarly, you must have certain integrity to make cinema. Unfortunately, in 90 per cent of cases only the marketing mind of the director works and not the creative mind.”

“So far I have done quite a few kinds of films, selected them after a lot of thinking and I am more or less very satisfied with the way things have been so far. It’s not that I don’t have regrets. Everyone makes mistakes and then has regrets as follow up. But certainly, I am more happy because there have been fewer instances of regrets.”

“I admire the way Aamir is involved with his films; one can see the difference in screenplay. I think as an actor Aamir has made a difference to cinema. He is not like those self-proclaimed stars that don’t have talent but market themselves in a good way.”

“There is absolutely no need to divide cinema region-wise. Except for the language, I don’t see any difference in cinema made in any part of the world. By dividing cinema based on its region, we are only taking that language for granted.”

“In terms of percentage, out of 100 only five percent are actors, rest 95 percent are fake. Irrfan, Naseer, Manoj, if I count then you’ll say that yes, they are good actors. But if they are good actors, then why are they not counted on top. It’s a shame that Naseeruddin Shah today does not has that status that, I won’t name anyone, an XYZ has.”