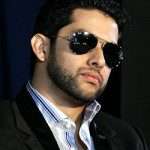 Mast was directed by Ram Gopal Varma and co-starred Urmila Matondkar, Antara Mali, Dalip Tahil and Smita Jaykar. Film was debut for Aftab Shivdasani in lead role. Film tells the story of college student falling love with an actress, he is madly in love and has posters of her on his walls. When his performance in examination went on to sink his father visits his room and tears down all posters. Angered by this he goes out of city and starts to work in a café near actress’s house, they become good friends after talking few times. He finally convinces her to run away with him, police start to chase the couple.

Kasoor was directed by Vikram Bhatt and co-starred Lisa Ray, Divya Dutta, Apurva Agnihotri, Irrfan Khan and Ashutosh Rana. Film was made with budget of INR50 million and earned INR150 million at box office. Film story is inspired from Kannada film Antima Ghatta released in 1987. A noted journalist was arrested for the murder of his wife and police arrest him. Upon the release on bail new criminal advocate takes the defense case of him. His advocate believes him to be innocent and take his case, during the trial of case they fall in love. But subsequently comes to know that he is the real murderer and kills him in self defense.

Love Ke Liye Kuch Bhi Karega was directed by E. Nivas and co-starred Saif Ali Khan, Sonali Bendre, Fardeen Khan and Twinkle Khanna. It is a remake of Telugu movieblockbuster hit Money released in 1993. Film tells the story of young businessman who is married to a rich girl. His father in law doesn’t like him and always criticizes him, in order to teach him a lesson he hires fake kidnappers and kidnaps his wife. Kidnappers demand ransom of INR 1 crore and his father in law pays the amount and she was released into the forest as planned, but this time she was kidnapped by real criminals.

Awara Paagal Deewana was directed by Vikram Bhatt and co-starred Akshay Kumar, Sunil Shetty, Paresh Rawal, Preeti Jhangiani, Aarti Chhabria and Amrita Arora. Film was made with budget of INR 15 million and earned INR50 million at box office. Film tells the story of three young people trying to get diamonds worth $200mn from New York Bank. As per the condition all three must be present to get the bequeathed property or death certificates to be presented at bank. But in this chase of diamonds one tries to kill other and rest of the story is who gets the diamond.

Darna Mana Hai was directed by Prawaal Raman and co-starred Saif Ali Khan, Vivek Oberoi, Nana Patekar, Boman Irani, Sanjay Kapoor and Shilpa Shetty. It is a horror film consisting of six different stories, all the stories are interweaved. Seven friends get stuck in the forest when their car broke down and having no other option they take shelter in an abandoned house. In order to pass time they start telling horror stories to each other.

Masti was directed by Indra Kumar and co-starred Ajay Devgan, Vivek Oberoi, Ritesh Deshmukh, Amrita Rao, Lara Dutta and Tara Sharma. Film was made with budget of INR5 crore and earned INR26.75 crore at box office. Film tells the story of three happy bachelors whose life becomes unbearable after their marriage. All friends meet one night and discuss about the solution for their marriage. They start to look for another girls in their life and all start to run behind one girl for without knowing. She is a crook and demands INR 10 lakhs from them threatening to tell their wives. Afraid of their marriage failure they go to meet her with money but they find her dead and police suspect them.

Kambakkht Ishq was directed by Sabbir Khan and co-starred Akshay Kumar, Kareena Kapoor and Amrita Arora. Film was made with budget of INR600 million and earned INR842.1 million at box office. Film tells the story of two young people developing dislike from the beginning of their first meeting. They don’t believe in opposite sex and never plan to marry. They advise their friend couple against marriage and after their marriage she advises her not to have sex for three months in order to test him. Hero asks his friend to develop jealous in his wife’s mind but their plans backfires and they end up in divorce. Rest of the story is how the new couple fall in love and help the married couple to reunite.

Acid Factory was directed by Suparn Verma and co-starred Fardeen Khan, Irrfan Khan, Manoj Bajpai, Dino Morea and Dia Mirza. Film tells the story of group of people losing their sense of righteousness and living the state of confused mind with loss of memory.

1920: Evil Returns was directed by Bhushan Patel and co-starred Tia Bajpai, Vidya Malvade and Sharad Kelkar. Film was made with budget of INR 90 million and earned INR228.6 million at box office. It is a horror film written by Vikram Bhatt. A famous poet falls in love but could not get his love and she dies. Rest of the story is the spirits playing the games.

Grand Masti was directed by Indra Kumar and co-starred Ritesh Deshmukh, Vivek Oberoi, Sonalee Kulkarni and Karishma Tanna. Film was made with budget of INR350 million and earned INR1.45 billion at box office. Film tells the story of three young married men who don’t like their wives. One day they receive an invitation from their college for college reunion. They come to know that the college principal is very strict and causing problems to everyone, all three friends start to like three girls who happen to be relatives of principal. Rest of the story is cat and mouse story between them and principal.