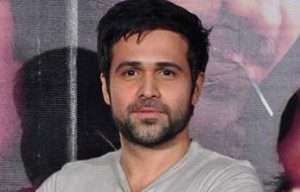 *    His birth name is Emraan Anwar Hashmi but he prefers to use Emraan Hashmi in short for his film credits.

*    Many well known personalities in Bollywood film industry are his relatives, he is nephew of Mukesh Bhatt and Mahesh Bhatt, he is cousin of Mohit Suri, actresses Pooja Bhatt and Alia Bhatt and actor Rahul Bhatt.

*    Emraan Hashmi started his career as an assistant film director for “Raaz” in 2002 when he was 23 years old, he made his acting debut with Footpath in 2003 alongside Aftab Shivdasani, Rahul Dev and Bipasha Basu but film failed at the box office.

*    His first blockbuster hit was ‘Murder’ in 2004 opposite sex bomb Mallika Sherawat, the film became huge commercial hit and became one among box office top ten movies of the year. In 2000 decade he worked for several hits like Zeher in 2005 opposite Udita Goswami and Shamita Shetty, Kalyug in 2005 with Kunal Khemu and Amrita Singh, Gangster in 2006 opposite Kangna Ranaut and Shiney Ahuja, Jannat in 2008 opposite Sonal Chauhan, Raaz – The Mystery Continues in 2009 opposite Kangna Ranaut and Adhyayan Suman.

*    In 2010 decade he worked for blockbuster hit ‘Once Upon A Time In Mumbaai’ in 2010 opposite Ajay Devgn, Kangna Ranaut, Randeep Hooda and Prachi Desai, the film was about growth of Mumbai underworld.

“I am fed up being called a serial kisser. I hope the media finds something fine and more innovative, or doesn’t call me anything at all. I will be happy with that.”

“I never choose a film based on its music. Selection of songs and music completely depends on the music director. But, what I know is that, the songs were or are created in relevance with the plot of the films. Hence, the songs have placed themselves with the ease of the films.”

“Every actor kisses on and off-screen. But only Emraan Hashmi gets projected as a serial kisser by the media. Whether it is a joke or something serious, I am cool with it.”