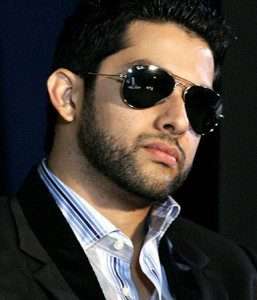 *    He attended ‘St. Xavier’s High School’ and ‘H. R.College of Commerce’ both in Mumbai.

*    He entered the fashion world when he was just 14 months baby, working for Farex baby, a well known baby food brand.

*    He made his film debut as a lead in 1999 with Mast alongside Urmila Matondkar, the film did good business at the box office earning him much credits for the success, he also won “Zee Cine Award for Best Male Debut” for his performance.

“My on-screen kiss with Celina was difficult on paper! But when we actually went ahead and did it, it was not that bad, it was in fact quite nice because there was certain level of comfort involved, and we were just two professionals doing our job. We wanted to make it look really nice and convincing.”

“I’m a very introverted kind of guy. I can’t walk that extra mile just to be in the good books of filmmakers. Maybe they misconstrue my reserved nature for arrogance.”

“Amrita and I are very good friends even off-screen. We hang out a lot together, so of course it was like working with a buddy. So there was no need to break the ice.”